I Am A Military Child, And This Is My Family 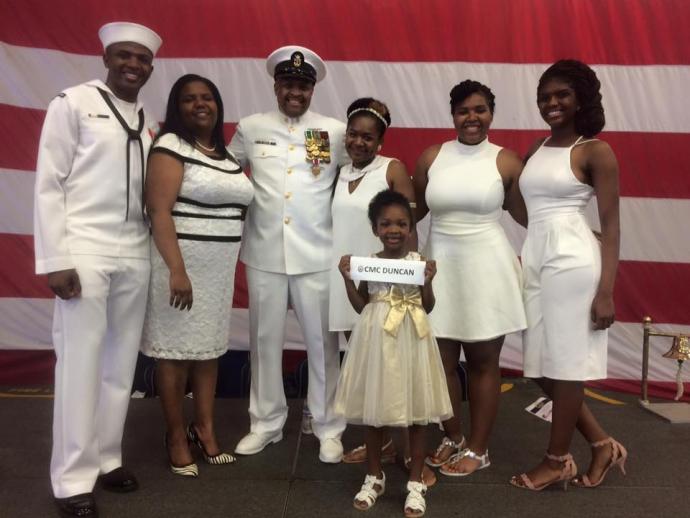 Hi. My name is Carter, and I am a military child. This is my military family. My father used to work in the Navy. Now he's home on retirement. My dad retired as a Command Master Chief and he was in the Navy for 30 years, 4 months and 8 days. My brother CJ, still works in the Navy now. In this picture, my whole family traveled from all over to be at dad's ceremony in Sasebo, Japan. Well, almost everyone because my brother was already there. You see my dad's last ship in the Navy was my brother's first ship. In a lot of ways I guess you can say my big brother is following in the family business of the U.S. Navy.

I was born a military kid and so were my siblings. Because of the military my mom works for the government as a teacher on base in South Korea. My oldest sister took culinary classes in high school and grew up to be a chef in Washington DC, at John F. Kennedy Center. My other sister backpacked all across Europe as a military kid. Now she is a business woman. My third sister is bilingual like me, except her second language is Japanese and mine is Korean. She's in college back in America. Me, I'm the baby in this military family. I don't have a job yet but I'm only in the third grade. Being in a military family is fun, adventurous, and exciting, I wouldn't trade it for anything!

Proudly brought to you by: